Welcome to the fifth blog post for Warhammer Age of Sigmar: Tempestfall. In the first few chapters, we will introduce you to the universe of Age of Sigmar, and how it all eventually came to Tempestfall.

THE REALMGATE WARS – REALM OF METAL

With the Hammers of Sigmar retaking Brimstone Peninsula in the Realm of Fire, and the Hallowed Knights battling forces of Nurgle in Ghyran, the Celestial Vindicators enter the lands of Chamon – the Realm of Metal.

Chamon is characterized by a strange desolate landscape with twisted metal formations and scattered essence of pure energy, where transmutation and change is natural law. Sigmar dispatched the Celestial Vindicators to the realm controlled by forces of Chaos god of Deceit, Tzeentch, with the aim of retaking the Realmgate called Silverway, as well as finding Grungni – the allied Dwarven god, lost during the initial wars against Chaos.

When the Celestial Vindicators led by Lord-Celestant Thostos Bladestorm descended in Chamon, they were met by silence. Initial scouting and reconnaissance revealed the area was empty, with nothing but remnants of civilization scattered around. The Stormcast Eternals reached the Silverway Realmgate without opposition, but soon it became clear they were not alone. 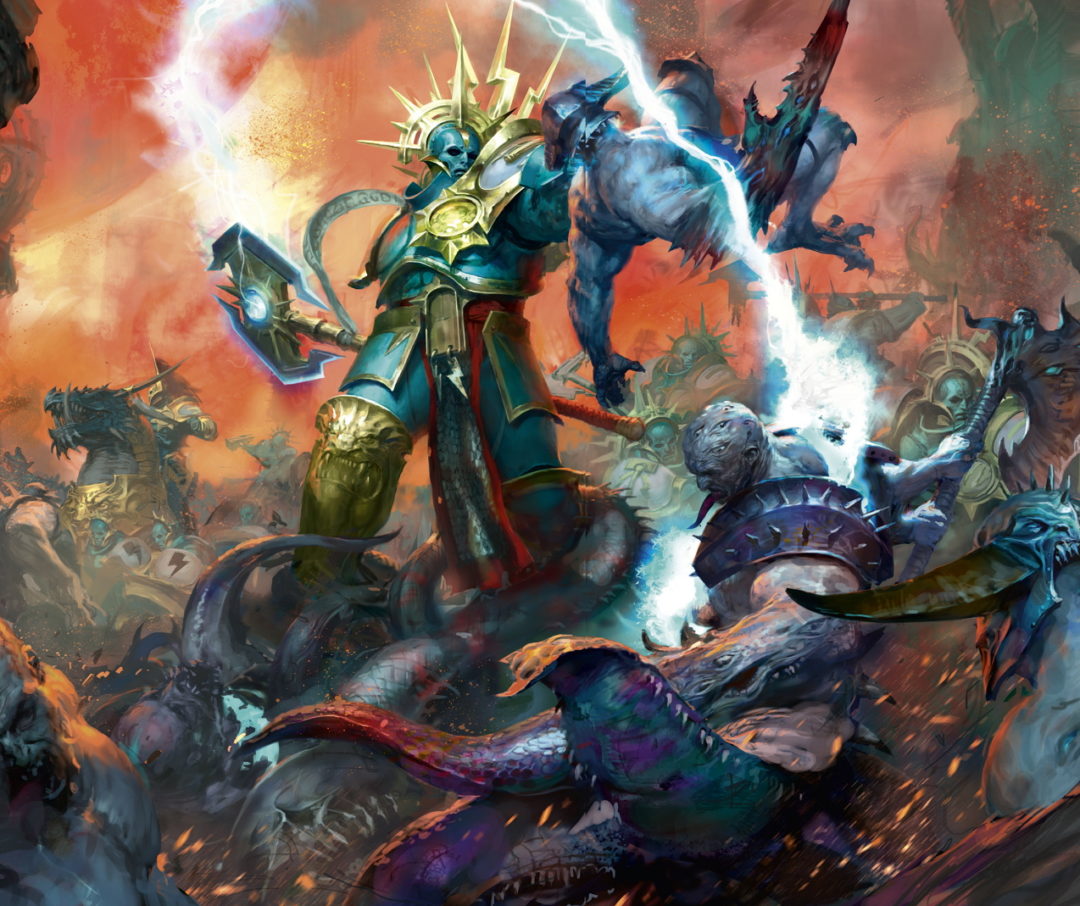 A massive Chaos warband led by a Tzeentch Sorcerer called Ephryx quickly approached the ranks of Celestial Vindicators, and a fierce battle ensued. With the full strength of their Stormhost, the Stormcast Eternals managed to repel the assaulting forces, and came to a realization – they are being watched and hunted. For Ephryx, granted the prophetic knowledge of the all-seeing third eye, the coming of warriors of Sigmar was a blessing in disguise. When Stormcast Eternals were defeated in battle, their souls were transferred back to Azyr to be reforged again. However, if one could find a way to trap their life essence, it could be transformed into pure energy – something that the Chaos sorcerer desperately needed to corrupt all of the Realmgates in the Realm of Metal, in a single magic ritual.

Knowing that idleness will most likely end in their demise, Lord-Celestant Thostos Bladestorm  ordered the Celestial Vindicators to chase after the retreating Chaos warband. Eventually, they came across a huge fortress made of different kinds of warped metal and skulls of unidentified material, giving off a mysterious, ominous feeling. Fearlessly, the Stormcast Eternals began their siege, concentrating their entire Stormhost, and soon the defending forces of Chaos poured out to meet them. Mutated fiends of Tzeentch and dark, eldritch magic clashed with the Sigmarite weapons and armor of Celestial Vindicators, each side determined to eradicate the other. To the dismay of Lord-Celestant Thostos, his fallen comrades’ souls were not returning to Azyr, but disappeared consumed by the enchanted walls of the cursed metal fortress. 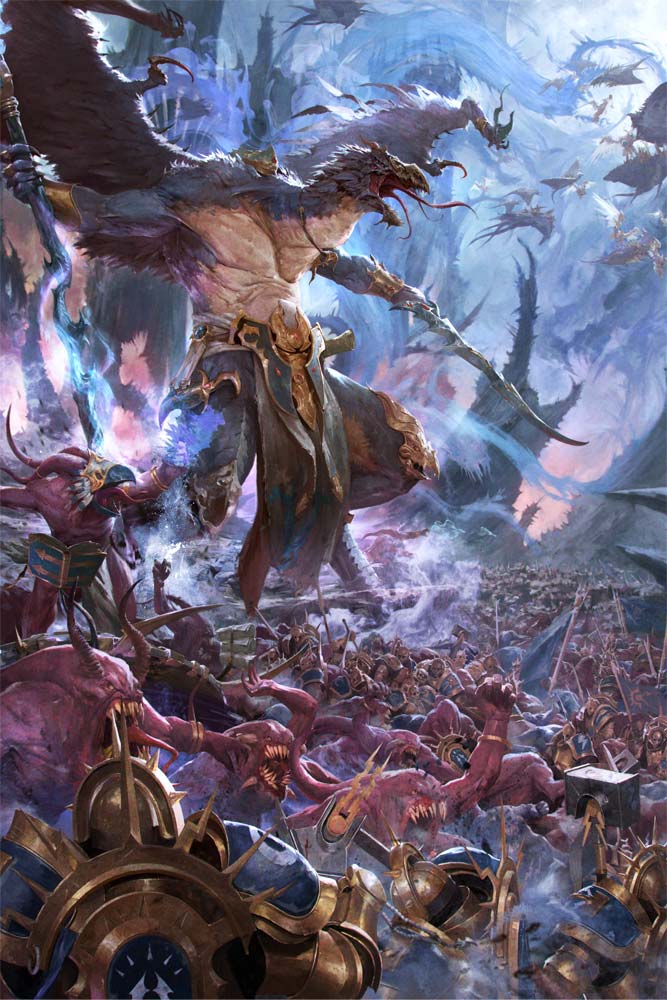 The battle, however, was not going according to the Chaos sorcerer’s plan. The Stormcast Eternals proved to be a much more formidable force than anticipated, and with each slain fiend of Tzeentch they crept closer to victory. Seeing no other way to avert defeat, Ephryx unleashed the power contained within the fortress. In a blinding flash of white light the Celestial Vindicators found themselves back in Azyr.

Sigmar called Lord-Celestant Thostos to report on his mission to the Realm of Metal. According to the Stormcast Eternal, the fierce battle and their lives ended with a flash of light – but it was a force unlike any other, not dark and corrupted, but good and pure.

The God-King smiled, knowing that the Celestial Vindicators have found Ghal-Maraz – the legendary warhammer Sigmar had lost during his duel with Archaon the Everchosen long ago.

To be continued in Part 6