Welcome to the fourth blog post for Warhammer Age of Sigmar: Tempestfall. In the first few chapters, we will introduce you to the universe of Age of Sigmar, and how it all eventually came to Tempestfall.

THE REALMGATE WARS – REALM OF LIFE

While Sigmar’s campaign dealt the first blow against Chaos on the Brimstone Peninsula in the realm of Fire, the Hallowed Knights entered Ghyran – the realm of Life. The Realmgate Wars were in full effect. 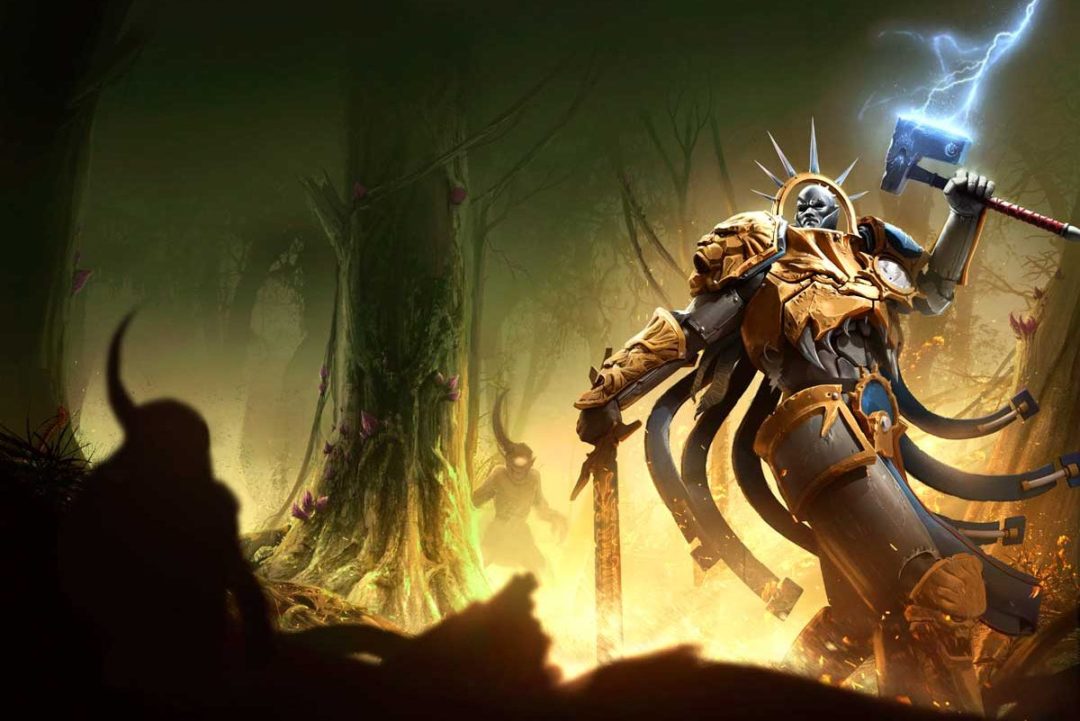 In the Age of Chaos, Ghyran, the realm of Life, became the prized domain of Nurgle – the Chaos god of Disease. His armies ravaged the home of the Sylvaneth and spread pestilence throughout the land for the glory of the Dark God. With the aim of taking the Gate of Dawn, which emanated mysterious, unknown energy, Sigmar had sent the Hallowed Knights led by Lord-Celestant Gardus Steel Soul to fulfill the task.

The Stormcast Eternals descended before the Gate, and encountered a Chaos warband building a shrine for Nurgle. They were no match for the God-King’s warriors clad in silver sigmarite, and after brief cheering, the Hallowed Knights realized celebrations were not in order. The Gate of Dawn began to tremble, as a gargantuan Great Unclean One, Bolathrax, one of the mightiest daemons of Nurgle, entered the battlefield through the corrupted portal. Towering over and taunting the Stormcast Eternals, he almost instantly summoned an entire legion of Plaguebearers, the footsoldiers of the god of Disease. Overwhelmed and swarmed from all sides, the Hallowed Knights’ ranks slowly began to break. In the face of these odds, they could not hope to fulfill their mission alone. Thankfully, watching from the realm of Azyr, Sigmar had prepared reinforcements for his loyal warriors – the stormhost of Astral Templars. 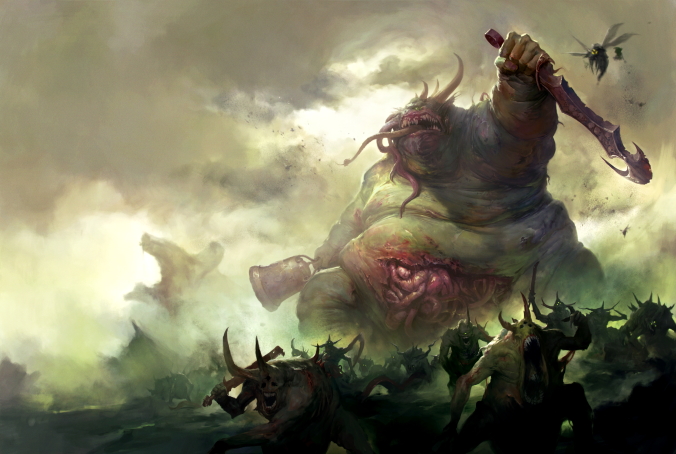 In a heroic effort, the Astral Templars managed to relieve the frontline of Hallowed Knights by decimating a large chunk of the Plaguebearer army. With the might of their armies combined, a glimpse of hope for victory appeared, however Bolathrax was far from being defeated or giving up the Gate of Dawn. He summoned his Rotguard, an elite daemon unit composed of seven other Great Unclean Ones, who all began to spawn new legions of Plaguebearers. Thinking that the only way to stop the plagued reinforcements was to kill Bolathrax, the Hallowed Knights’ Lord-Celestant, Gardus Steel Soul, gathered his cohort and charged toward the daemon, only to discover that his sigmarite weapon bears little effect on the champion of Nurgle. To make matters worse, suddenly a Gnawhole appeared among terrible ground shaking, unleashing a swarm of Chaos-worshipping Skaven to aid Bolathrax in battle.

The armies of Nurgle were now virtually infinite, and impossible to defeat in regular combat. In a last-ditch effort, Gardus Steel Soul made a choice, the only one he had left – to cross the corrupted Gate of Dawn and seal it from the other side, preventing more Chaos reinforcements from arriving. Bolathrax noticed the Lord-Celestant going through the portal, and quickly realized the connection between the realm of Life and realm of Chaos was in grave danger. Hurrying in panic and amok, the monstrous daemon did manage to cross the Gate of Dawn and catch up to Gardus, but destroyed it himself with his monstrous, putrid body. He was now trapped in the realm of Nurgle with no way of returning to the battlefield. 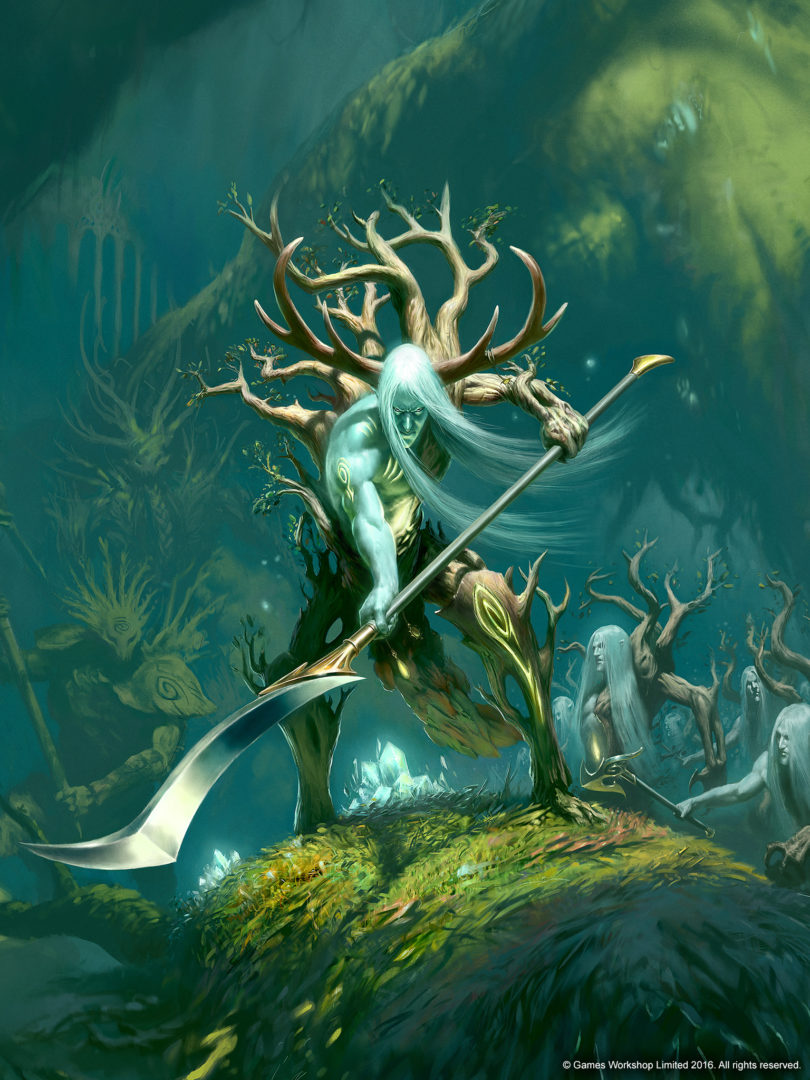 Seeing this event take place from the other side, the allied army of Sylvaneth rallied and charged into the armies of Skaven and Plaguebearers. With the aid of nearly decimated Hallowed Knights and Astral Templars, they managed to turn the tide of battle, and score a massive victory in the realm of Ghyran.

To be continued in Part 5