Welcome to the third blog post for Warhammer Age of Sigmar: Tempestfall. In the first few chapters, we will introduce you to the universe of Age of Sigmar, and how it all eventually came to Tempestfall.

The great campaign to save the Mortal Realms from the grasp of Chaos has begun. With weapons and armor forged from Sigmarite, an extraordinarily durable metal made of the core of the Broken World, the Stormcast Eternals launched a fierce offensive. 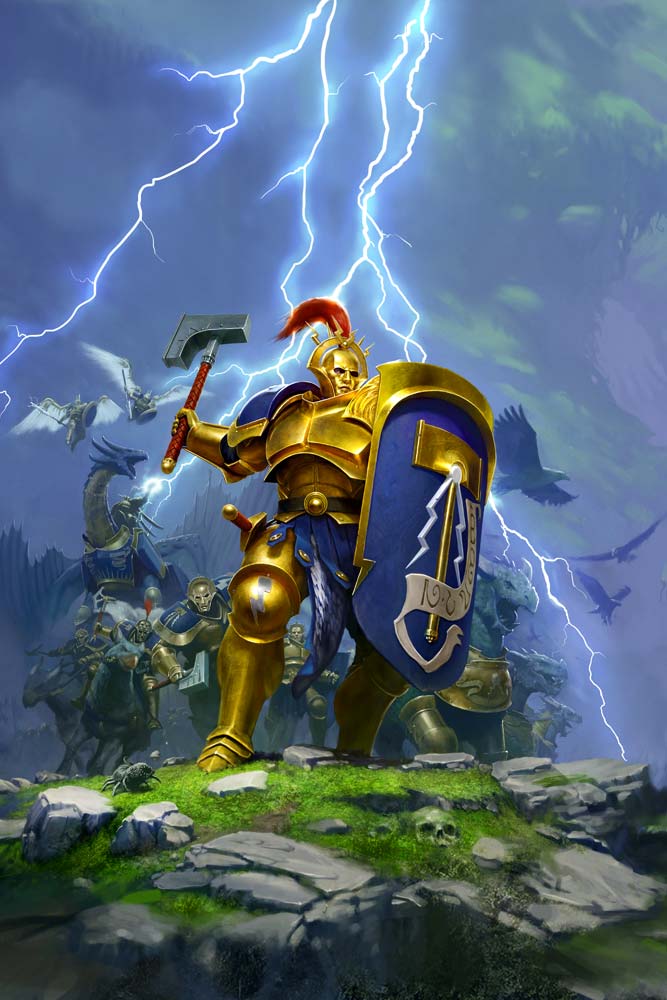 The Great Parch, the biggest continent of the realm of Aqshy, was almost utterly ravaged by the Goretide warband of Korghos Khul. Looking for skulls to offer to his god Khorne, the Chaos lord and his followers eradicated the vast majority of the inhabitants, and decidedly broke their will in the siege of Scorched Keep many years ago.

Although there was almost no one left to save, it was Aqshy’s Brimstone Peninsula where the Stormcast Eternals struck. Led by Lord-Celestant Vandus Hammerhand, the Hammers of Sigmar were tasked with opening the previously shut Realmgate to Azyr, thus providing a way for reinforcements to arrive. With the element of surprise and divine lightning on their side, the Stormcast Eternals’ assault ended in victory, although Korghos Khul did not perish. Before striking the final blow against his mighty opponent, Vandus Hammerhand saw a prophetic vision – a Realmgate teeming with Dark Gods’ energy, the Gate of Wrath. Realizing that the battle is over, and a much greater threat to the Mortal Realms exists nearby, the Lord-Celestant splits his army in half, also giving command to his Lord-Relictor Ionus Cryptborn. They rushed north in an effort to close the corrupted Realmgate, and eradicate the followers of Khorne in a pincer attack. 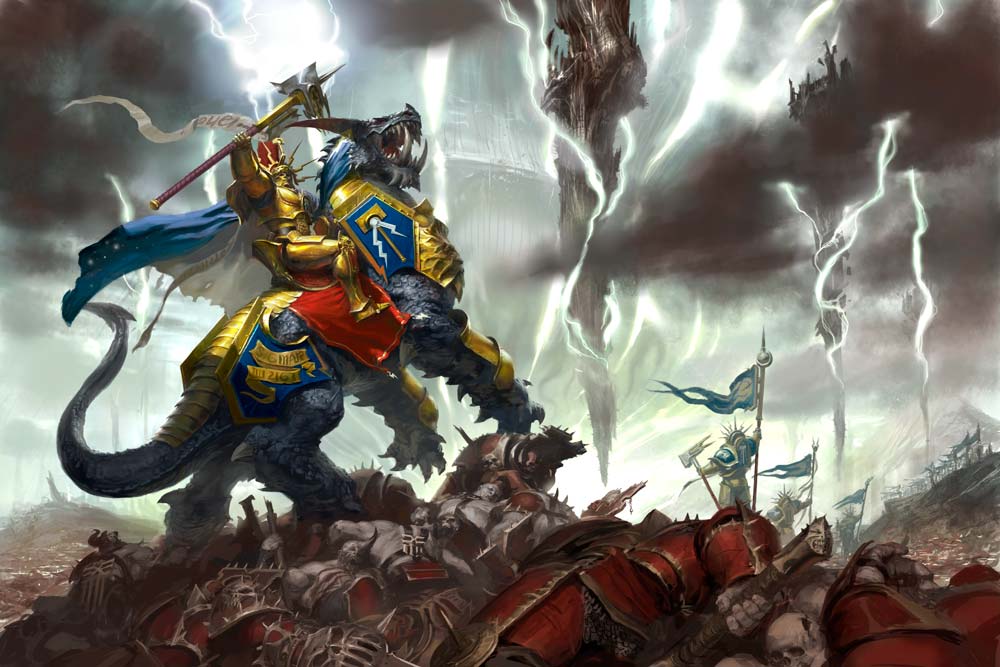 Finally awakened from the stunning battle, and before the Stormcast Eternals managed to rally for their new mission, Korghos Khul retreated to his stronghold at the foot of the Gate of Wrath. He discovers that his Blood Reavers are sitting idly by instead of rushing into combat against the new threat, and slaughters at least a hundred of them in an unstoppable rage. Their blood seeped into the coarse, fiery sand near the Gate of Wrath, and the Dark God heeded that call – Khorne’s Bloodcrushers among other daemons began to emerge, ready to fulfill the Chaos lord’s will. Korghos sends his daemonic regiment after the force of Ionus Cryptborn, knowing that the army of Stormcast Eternals is divided, and coming to shut the Realmgate.

With great difficulty, Ionus’ force barely emerges victorious from the skirmish, and manages to merge with the army of Vandus Hammerhand at the gates of the Chaos stronghold. A massive battle ensues with a clash of Khorne’s followers and Stormcast Eternals. Korghos Khul, wielding his enchanted reality-splitting axe, takes the head of Lord-Celestant Jactos Goldenmane, preventing his soul from returning to Azyr. Seeking to ascend to daemonhood and turn the tide of battle, Khul is about to place his newest trophy atop his pyramid of skulls erected to honor Khorne, when Vandus Hammerhand calls him out – naming him a coward – and challenges him to a duel.

Khorne, the Chaos God of War and Blood, has nothing but contempt for cowards, so Korghos Khul has no choice but to slide down the skull pyramid to meet his mortal enemy. The divine power of Stormcast Eternals is challenged once again, as Khul’s bloodthirsty Fleshhound mauls Vandus’ Dracoth mount. The Chaos lord relentlessly strikes and bashes at the Lord-Celestant, and it seems that Hammerhand will lose his life in the duel. Finding himself at the foot of the Gate of Wrath, realizing that he can’t defeat Korghos Khul, Vandus pleads to Sigmar asking for divine lightning, and Sigmar answers. A massive lightning bolt hit the Lord-Celestant relieving him from his bodily form and transporting his soul back to Azyr, but the impact was so enormous that the corrupted Realmgate was entirely shattered as well.

With Vandus Hammerhand gone, the Gate of Wrath destroyed, and the pyramid of skulls smashed to pieces, Korghos Khul suffered an utter defeat. The Chaos stronghold and fortifications were torn down, and the Goretide was left without daemonic reinforcements, eventually ceding Brimstone Peninsula to the Stormcast Eternals.

The first blow against the Dark Gods was delivered, and hope once more entered the Mortal Realms.

To be continued in Part 4